Whether you’re watching it or avoiding it, you can’t fail to have noticed that the 2018 Football World Cup is on at the moment. But, have you seen the BBC’s trailers and opening sequence to its programmes? It is in fact a one-minute ’embroidered’ animation made from over 600 individual stitched frames. Who’d have thought football could be so interesting! 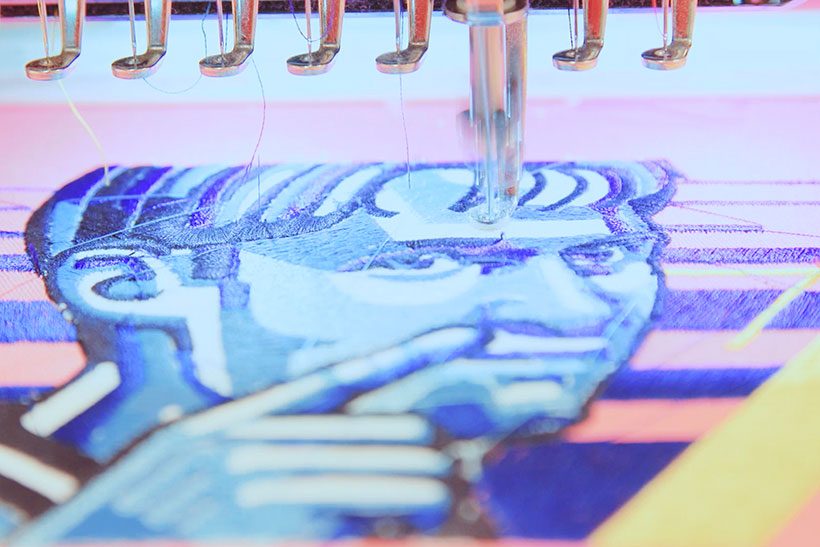 The embroidery was done under the team at The London Embroidery Studio working with production company Blinkink and the idea was to create football’s version of the Bayeux Tapestry being produced by a fantastical futuristic embroidery machine. It shows a stitched history of iconic World Cup moments, starting with Maradona’s legendary and infamous goal against England in the 1986 Cup, and ending with a dramatic cosmic clash between two of the world’s best players: Lionel Messi and Cristiano Ronaldo. In between, the film bursts with references that football fans the world over will recall and recognise including Gazza’s tears and Bobby Charlton lifting the cup.

The London Embroidery Studio embroidered 650 frames at 28cmx19cm, in just over three weeks, using more than 227,000 metres of thread.If all the frames were laid end to end there is enough to stretch the length of a football pitch!!! For this immense task, they hired 14 extra embroiderers to digitise and stitch the frames, running their machines for 23 hours a day!!! Each frame took between two to three hours to digitise, and another two to three hours to stitch using the studio’s state-of-the-art digital embroidery machines. 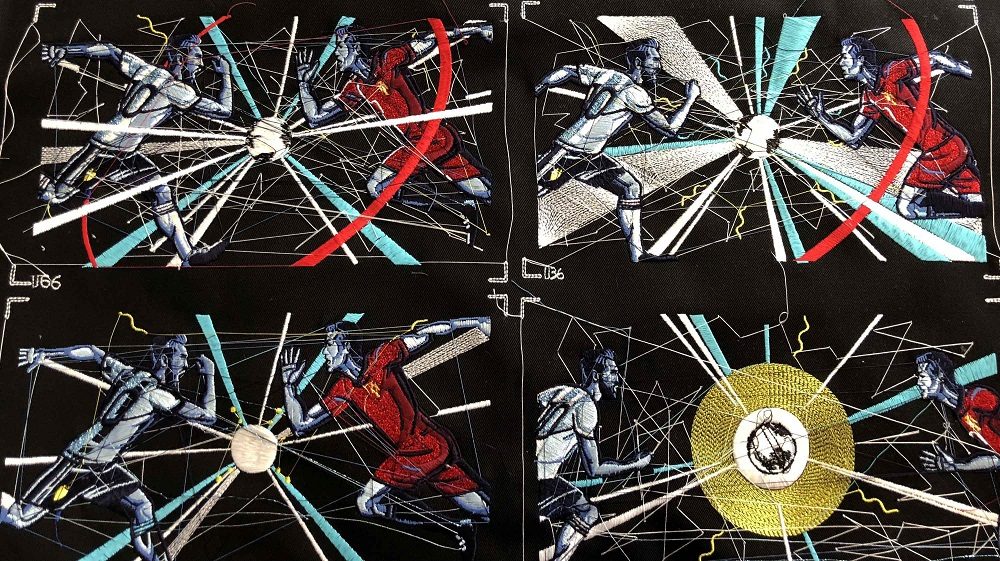 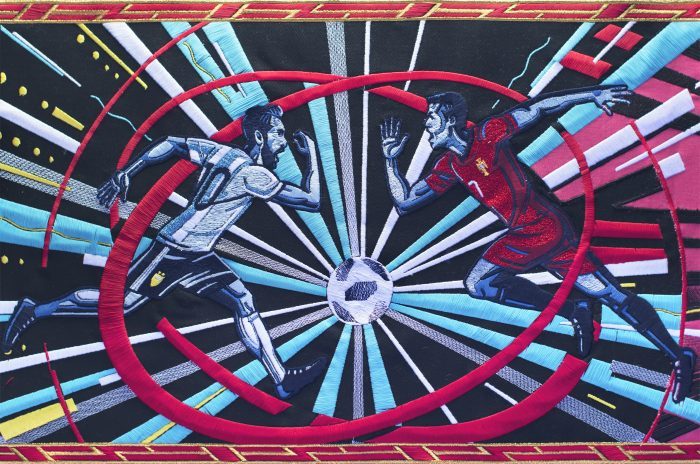 The idea has become a real life 7-metre long tapestry that includes two additional large-scale frames for the beginning and end sequences of the animation, which became the first and last parts of the tapestry. And you can see it on public display at the National Football Museum, Manchester, from 12 June – 1 September 2018 . Another 6 moments from this year’s competition will be added to the tapestry after the tournament’s completion, creating a historical record of the 2018 World Cup as well. 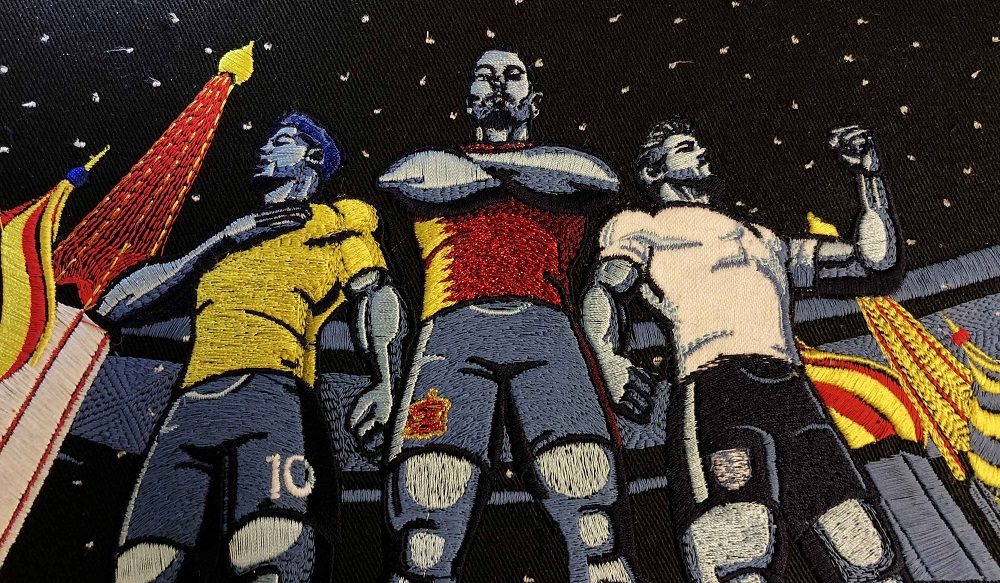 If you’ve been inspired, you can have a go youself on your own machine;  take a look and see Paula Doyle use her similar, Thread Painting Portraits technique for her work on the Magna Carta quilts, click here.